Moving to Bulgaria? Read this first.

5 things you should know about corporate relocation

I was offered a job in Bulgaria. What’s next?

Moving to Bulgaria? Read this first.

Six years ago when Alexandra Whitaker‘s video “Why people learn Bulgarian” went viral, we all watched, laughed and then cried a little. She shares her experience in moving to Bulgaria and learning Bulgarian online, and concludes:

There are many reasons people decide to move to Bulgaria – love, retirement, affordable luxury life on the seacoast, work. Business relocations are gaining more and more popularity in the recent years. Sofia has become a constantly growing outsourcing hub and the IT industry is developing extremely fast here. Whatever the reason for relocating to Bulgaria, here are 10 things you need to know for easy adaptation.

Part of EU and NATO

Bulgaria is a member state of the European Union since 2007, this makes it easier to enter and move to the country if you are also from an EU state. It also means that most of the laws and regulations in Bulgaria are aligned with those of the EU and you’d know what to expect in terms of food safety regulations, human rights and business relations.

If you do not come from a EU member state, then you’d most probably need a visa in order to enter Bulgaria and a special work and residence permits if you’d like to stay for longer and work in the country.

Bulgarians use their national currency – lev (BGN) and you can only pay in it (except on international ports and some border towns). The Bulgarian lev is fixed to the euro at a rate of: 1 EUR = 1.95583 BGN. Bulgaria is in negotiations for entering both the Schengen and the Euro zone.

Paying in cash is still more popular in Bulgaria, and there are a lot of places, especially in the small towns, where stores and restaurants don’t accept credit cards. Taxis also generally accept only cash payments.

The prices that you see in shops are the final ones and it is not accepted to bargain in Bulgaria. It would be considered rude and you might inflict the rage of the seller if you do so. 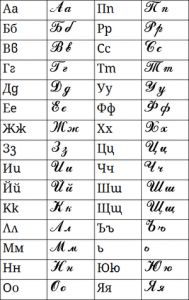 As mentioned in the beginning of the article, the language spoken in Bulgaria is Bulgarian. It is part of the Slavic language group and uses the Cyrillic script. The Cyrillic script was created at the Preslav Literary School in the First Bulgarian Empire during the 9th century. Saint Clement of Ohrid is considered to be the creator of the Cyrillic script; he was a pupil of Cyril and his brother Methodius.  Nowadays more than 50 languages use Cyrillic alphabets – among them are Russian, Serbian, Mongolian, Belarusian, and Ukrainian. It is a good idea to get accustomed to the Bulgarian alphabet as many street signs are written in it.

Bulgarians are very proud of their alphabet and you would offend them by calling the Cyrillic script “Russian alphabet”. In fact one of the most beloved national holidays is 24th of May – the Day of the Slavic Script and of the Bulgarian Education and Culture. It is a non-working day and in some cities the students from all schools gather and do a manifestation with their official music bands, dance groups and cheerleaders.

If you ask a Bulgarian which is their national holiday, they will answer 3rd of March without a second thought. Also known as “Liberation day”, 3rd of March marks the re-establishment of the Bulgarian state after the Russo-Turkish War (1877-1878). The Treaty of San Stefano, signed on that date in 1878, forced the Ottoman Empire to return some of the territories it conquered from Bulgaria in the 14th century.

Here is a list of the official national holidays, they are non-working days and usually are marked with celebrations: 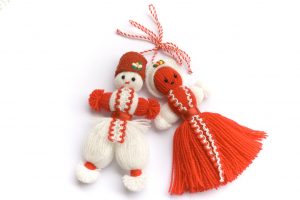 A Bulgarian symbol you would most definitely notice once you move there is the martenitsa. It’s usually a small bracelet or trinket made of red and white wool. On the first of March each year Bulgarians give martenitsas as gifts to family members, friends and coworkers. It is said to bring health and good fortune.

The male and female woolen dolls are called Pijou and Penda. The tradition says that you should carry your martenitsas from the beginning of March until you see a stork. Then you should put it on a blossom tree.

Bulgarian cuisine has often been described as “one of the tastiest” in Europe. It is influenced by the rich flavors of the Ottoman cuisine and the freshness of the Mediterranean. Combine that with home-grown vegetables and a variety of dairy products and you are in for a treat.

When you move to Bulgaria be sure to try a fresh bowl of tarator, mussaka, banitsa, the tourists’ favorite – shopska salad, and of course Bulgaria’s national alcoholic beverage – rakia. When given the bill in a restaurant you should always get a receipt with it. Although it is not obligatory to leave a tip for the waiter, it is customary that you do so. 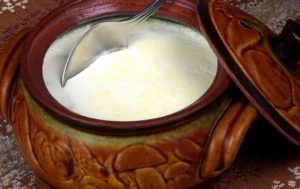 The Bulgarian Yogurt is one of the symbols of the country and a must-have for each household. Bulgarians eat yogurt with literary all kinds of dishes –  chicken soups, moussaka, and banitsa are only some of them. It is also considered extremely healthy and a great add to all diets. The bacterium that gives Bulgarian yogurt its amazing flavor and unique consistency is called – Lactobacillus Bulgaricus and can be found only in Bulgaria. While we are at it – be sure to check the Bulgarian white cheese.

Herbs, vegetables and honey products – one of the biggest differences you will notice right away are the vegetables and herbs in Bulgaria. Locally grown, they just smell and taste different. Ask for your local farmers market and try the homegrown produce – you wouldn’t want to go back to the artificially tasting vegetables again.

The result of all the homegrown tomatoes, paprika, eggplants and herbs is combined in liutenitsa. There are as many ways to prepare it, as there are Bulgarian families but one thing is sure – you can taste the warmth of summer and the coziness of autumn in just one mouthful of liutenitsa.

Apart from traditional Bulgarian food, the restaurants in Sofia and in the other major cities offer almost anything you can think of – from Japanese to Mexican cuisine, your culinary tastes will be satisfied. 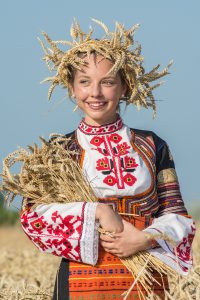 Bulgaria is located on the crossroad between Europe and Asia and its culture is a reflection of that. Thracians, Romans, Slavs, and Bulgarians have contributed in creating a unique and enchanting mixture. Ancient rituals such as “nestinarstvo” (dancing on live coals) are still practiced in Bulgaria. Each winter men from Kalofer go in the iced waters of the river to dance the traditional “horo” and people all over Bulgaria put the “kukeri” masks and costumes to scare the evil spirits.

The traditional religion in Bulgaria is Eastern Ortodox Christianity but the Constitution guarantees free exercise of any religion. Bulgarians are pretty tolerant when it comes to religious beliefs. A proof of this is the so-called “Square of religious tolerance” in Sofia, where the St Nedelya Church, St Joseph Cathedral, Banya Bashi Mosque and Sofia Synagogue are located within meters of each other in the very center of the city. 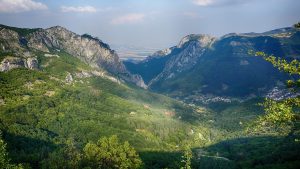 Bulgaria is famous for its beautiful nature and diverse landscapes. From picturesque valleys, to sandy beaches and untamed mountains – it offers a piece for each taste. Bulgaria is located on the Balkan Peninsula and is a perfect starting point for travelling. The climate in Bulgaria is continental, which means that during the winters the mountains offer great conditions for winter sports, and the summers are warm and perfect for a sunny vacation on one of the many beautiful beaches on the Black Sea coast.

Sofia is the capital of Bulgaria, and Plovdiv, Varna, Burgas, Ruse and Veliko Turnovo are some of the major cities. 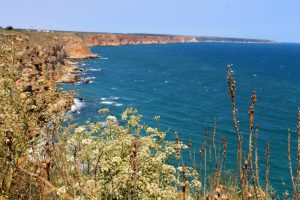 Bulgarian women are worldwide famous for their beauty but most recently they started to be known also for their entrepreneurial spirit and tech savviness. Bulgaria is in the head of the EU for women working in the IT sector (27%) as well as in the number of girls studying IT (33%). In comparison, the Union’s average is 17%.

This is only one of the signs that Bulgaria is giving to the world of its future ambitions in the IT and AI spheres. Bulgaria’s IT and business processes outsourcing sectors are developing fast, and most of the huge international companies have already realized its potential and are looking to expand their offices in the country. Bulgaria has one of the fastest Internet speed in Europe and Sofia’s Tech parks present a great environment for IT giants and start-up companies to grow. This makes Bulgaria a perfect place to start or develop your career.

If you ask Bulgarians to describe themselves with one word you would often hear them say – hospitable. Indeed, guests are highly valued in Bulgaria and from millennia different ethnicity groups live together in harmony. Bulgarians are warm and easy-going people who know a little bit about everything and would gladly debate world politics or the newest innovations with you. Bulgarians cherish and respect their elders and there are not many things making their hearts melt more than having to argue with their “baba” (grandmother) on their diet.

Probably the best thing about Bulgaria is that modern lifestyle is combined with traditional values and admiration towards nature. A great example for this is the closeness of Sofia to the beautiful Vitosha Mountain.

Where else can you find a capital which is within 10 min of a ski slope?

Yes or No?
If you are planning to move to Bulgaria you have probably already heard the rumors. Yes, it is all true. Bulgarians really do shake their heads to mean “yes” and nod for “no”. Mostly the confusion comes from the way the question is asked. For example, if you would ask: “Are you not hungry?” and a Bulgarian nods, then they probably want to agree with the negative implication in your question, so it’s a nod of approval, and a “No” to your question.

However, you can also witness nodding to imply “yes” and shaking for “no”. Figuring out what a Bulgarian means when using head gestures is a fine science and needs practice and reading behind the gesture itself – look for their facial expression, is there a smile and overall look of approval or not.

Did we manage to answer some of your questions about Bulgaria? Contact us and we can give you more information and assist you during you relocation to Bulgaria. 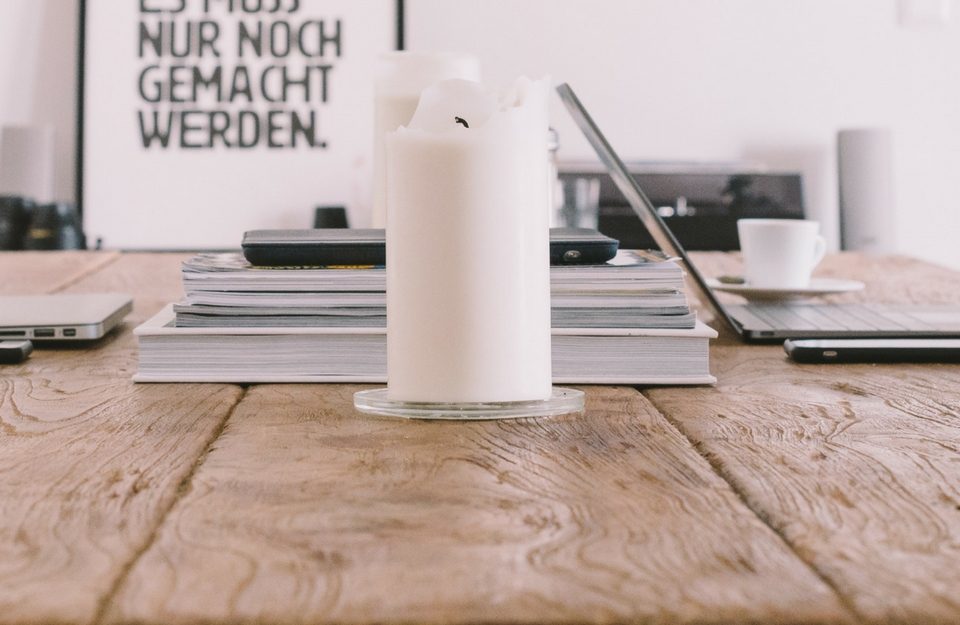 I was offered a job in Bulgaria. What’s next?